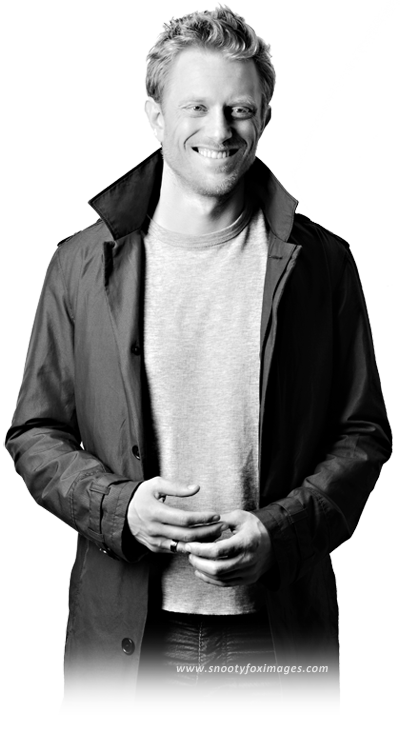 From the day I was born I have always loved stories. I would love to be told them and, as I grew up, I would love to tell them. Stories excite and inspire me. They help me have a better understanding of the world and my place within it. I guess it’s fitting then that I have ended up living my life as a story-teller – as an actor, writer and musician. So here’s a little story for you. The story of me. I hope you enjoy it.

Once upon a time there was an eager little baby who just couldn’t wait to get into this world. So eager that his mum never even made it to the hospital and so I was born upstairs in our home in Luton, Bedfordshire. From the moment I was born my parents said that I was a little ball of energy, always running, climbing, and getting into scrapes. As the second of four active boys, the staff at the local hospital knew us all by name as they stitched up our cuts, set our broken bones, and mended our bodies… until the next visit came around.

At school, I was never all that academic. I would get distracted easily and so the classroom became more of a place for me to clown around in about than learn. This lead to a few problems with teachers, but we soon found the perfect outlet for my energy. Sport. I played in almost every school sports team, as well as for several County Teams and local clubs. You name it, I played it. Even grass green bowls. If I wasn’t physically active I would quickly become restless, and my restlessness would get me into trouble. And I was in trouble a lot. Then, at the age of fourteen, we found a better outlet. Acting.

I had been kicked out of French for the umpteenth time for disrupting the class, when the Headmaster suggested I try the drama class instead. I was hooked straight away. Here was a place where ‘playing’ was a necessary part of the subject, and my energy became a creative asset as opposed to a disruption. I studied Drama throughout the rest of my school life, acting in every school play they put on, and even writing some myself. Drama was the only “A” I ever received in school.

At seventeen we were sent to speak to a careers advice officer. She asked me if I’d thought about what I wanted to do when I left school. I said I wanted to be an actor. She smiled politely and then suggested we talk about “proper” career choices. We settled upon The Royal Marines.

So, with a shaved head and a tough look on my face, I travelled to the Commando Training Centre in Lympstone, Dorset to undergo the Potential Officer’s Course – the hardest fifty-two hours of physical endurance I have ever done. It was horrible, but I passed… just! However, that was as far as my life in the Marines ever went. Being seventeen, they said I was too young to become an officer and advised I get a degree and come back when I was a little older. That was possibly the best piece of advice I have ever been given. That September I moved to Cardiff to study Sport Science and, within a couple of months of being at university, all thoughts of a life in the military disappeared in favour of student life and playing sport.

Having competed for years in martial arts, a friend convinced me to try out for the British University’s Boxing Championship. I’d never boxed before, but I signed up and we travelled to London to fight against teams from all the other universities in Britain. I entered the ring in a pair of ill-fitting Thai-boxing shorts and ripped trainers. Somehow aggression won over technique and after three fights in two days I won the gold.

I now had my sights firmly set on being a boxer. I trained in a local boxing gym and fought every chance I got, winning the British University’s title again and competing for the national team. But, after several years of this, I was growing restless again. I had been given a scholarship to study a Masters Degree so long as I continued to box for the university, but I was living a life that didn’t excite me. I was studying all day, training every evening, boxing often and working on the door as a bouncer at night. I was becoming disillusioned and frustrated. Then, a chance conversation after a university sports awards event changed the course of my life. It was the second most important conversation I’ve ever had.

The event had finished and a few of us, students and lecturers, had stayed in the hall to keep drinking and have a singsong. The physiotherapist was on piano and I had just belted out an ‘enthusiastic’ version of a Billy Joel song. Afterwards, I got talking to a woman who taught at the Welsh College of Music and Drama. She said she liked my voice and asked if I had ever considered acting as a profession. I told her about my past, about the school plays and my involvement in The National Youth Theatre. She said that the college was holding open auditions for a musical there next week and she encouraged me to try out.

I found a monologue I had worked on when I was in school and bought the sheet music for Piano Man. I practiced all week and turned up for the audition. I was so nervous as I entered that room, but, as I faced the panel of judges, I knew wholeheartedly that this was what I wanted to be doing. I was barely halfway through the monologue when they stopped me. They said I wasn’t good enough and asked me to leave without singing the song.

I was disappointed, naturally, but my mind was made up. I wanted to be an actor. The problem was I had no idea how to go about it. I’d just studied for five years at university and didn’t have the money or the patience to put myself through yet another three years of an acting degree, but how else could I get into the profession I so desperately wanted to be a part of? 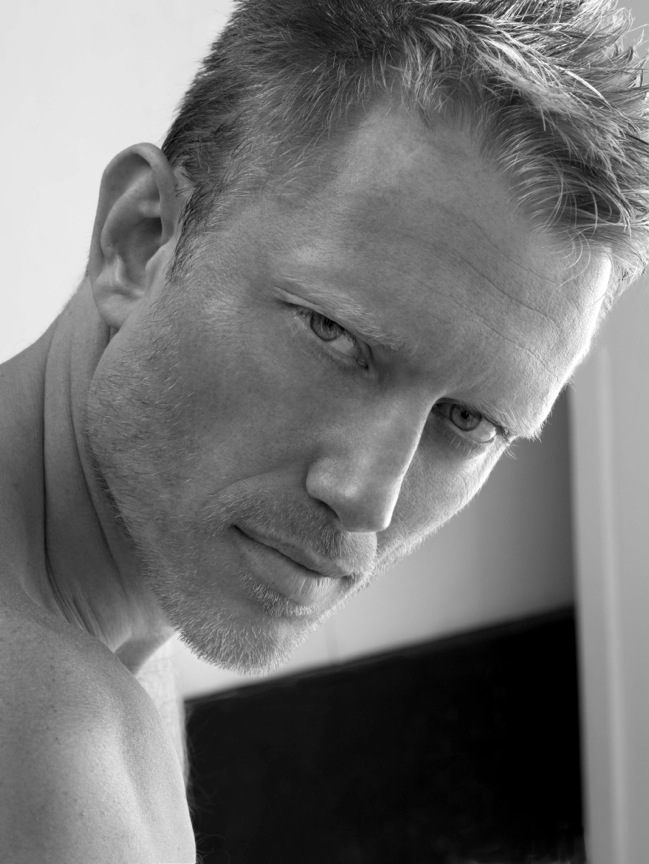 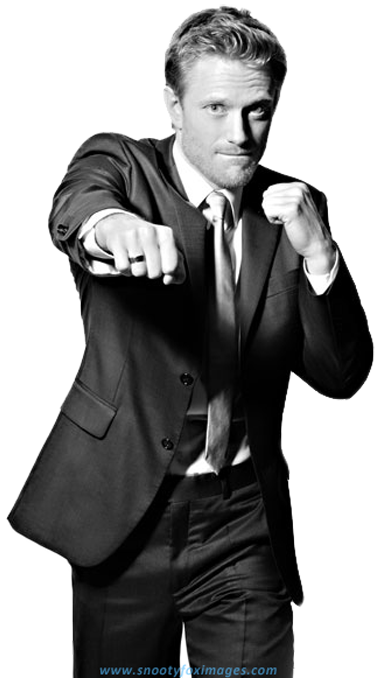 A mate recommended I write a play and put it on in a London theatre. He said that I could invite agents and producers to come and that would be my start. I began writing straight away. The play quickly became a musical, a rags-to-riches boxing story called “Ringside”. At this point I couldn’t play an instrument so every weekend I travelled from Cardiff to London to work with a friend who was a musician. All week I would write the book for the musical and come up with tunes and lyrics and then, on the weekend, we would work on the music. Several months later we had twenty-one songs recorded on a CD and a completed script.

A producer in London, Michael Armstrong, heard about the musical and asked if we would perform the script for him and his company. We found five under-graduate actors to read the other parts and I would play the lead. I spent all morning making sandwiches, buying fizzy wine, and decorating the hall we had rented for the read through. Michael arrived with his producing partner. They sat next to a pile of food and cheap drink as my friend played piano and we all read from the script and sang the songs. Afterwards, Michael asked if I would meet him the following week at his office.

When we met, Michael told me that the musical needed work (which it did) and wasn’t right for his company. I was momentarily disheartened. Then we had the most important conversation of my life. As it turned out, Michael used to teach acting at the Royal Academy of Dramatic Art as well as several other drama schools and he now ran his own acting class. Michael asked if I had ever acted before. I told him that the musical was intended to be my way into the industry. What he said next blew me away. He offered me a free scholarship to study acting with him on his course. Wow, I couldn’t believe it.

I moved to London and worked as a personal trainer during the week, then, every Sunday for two years, I learnt about vocal technique and how to break down a script. I studied Shakespeare and Ibsen and Wilde and Jonson. I got frustrated and inspired and despondent and excited. And two years later I graduated.

I got a job understudying the lead for a play that was touring Britain. I say “job” but the only money I was given was for travel expenses, so for six months I essentially worked for free. I’d help to build the sets and break them down again after each performance, all the while, waiting in the wings while the actors performed on stage. Then, one evening in Yorkshire, the lead fell sick and I was asked to go on in his place. I walked onto the stage brimming with excitement and fear. I had no idea if the words would come out or if they would even be in the right order, but they did and they were and as the play continued I felt a mixture of excitement and peace like nothing I had ever felt before. I felt home.

Soon after I signed with an agent and went out on every audition they could get me. I auditioned for coffee commercials and radio plays, to play dead bodies in detective shows and a drunk in a music video. Then, little by little, I started to book jobs.

It’s been over a decade now since that first time I stepped on stage as an understudy. Since then I’ve had a fight with James Bond and been taught to whistle by Woody Allen, I’ve stripped naked on Millwall football pitch and fought the entire Persian army, I’ve trained the US Gymnastics Team, been prised from a coffin, blown up, shot, stabbed, and travelled to some of the most wonderful places and met some incredible people.

It’s been an amazing journey from class clown to actor. I guess in many ways they’re not really that different. But through it all my love of stories has remained. I feel so incredibly lucky and grateful that I now get to make my living from storytelling and so long as that continues I will live happily ever after… 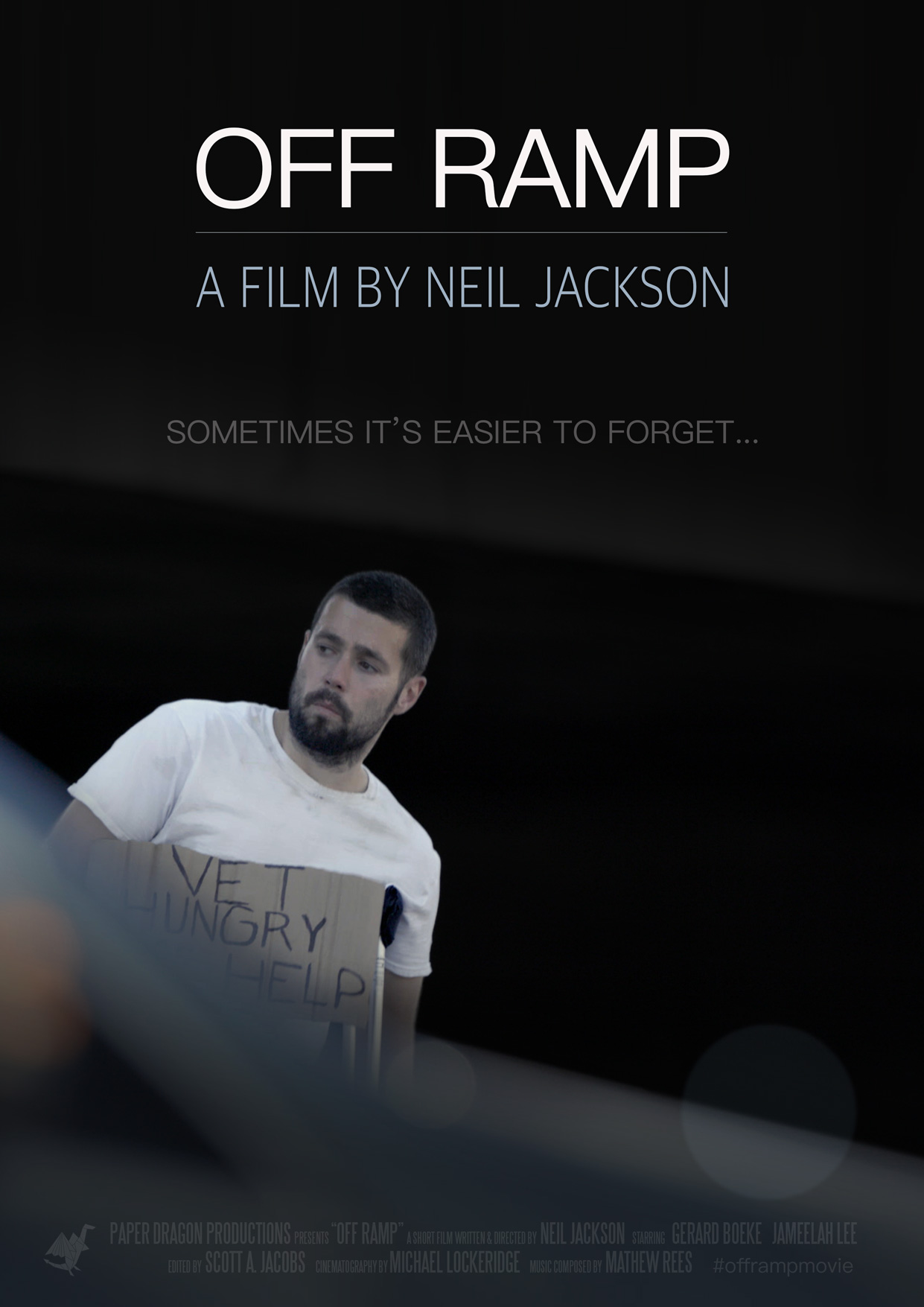